The system can be extended to 6 monitors and up to 20 external panels (inputs). Integration with IP BCS industrial television - image from external panel cameras can be saved on BCS LINE recorders: network and analogue and HDCVI with the hybrid and tribis option, and on BCS POINT recorders (depending on the firmware version) using the RTSP protocol. In addition, each monitor has the ability to display images from IP cameras (support for BCS LINE, BCS POINT and Onvif cameras, up to 32 cameras for each monitor), the ability to view the image from the camera in the SMART PSS program. An additional advantage is the ability to operate the basic functions of the video door phone on a mobile phone with the BCS Viewer application installed. The application works in both Wifi and GSM. For proper operation it is not required that the application be enabled or run in the background.

New functionality of the monitor BCS-MON7200W: smaller dimensions, external mounting (access to ports on the side of the device), built-in NO relay output for any application, independent control of two relays in the external panel (applies to BCS-PAN1202S panel and BCS-PAN-KAM camera module with connected BCS relay module) MODKD2), preview of up to 32 IP cameras (support for BCS LINE / POINT cameras and cameras from other manufacturers using Onvif), access to the memory card from the outside (the card is not supplied with the device). Noteworthy is the fact that the relay (relays) of the main panel can be activated from the monitor also from the preview level of any IP camera, so the user can, for example, monitor the pick-up or the entrance gate and open it at any time.

Additionally, for non-standard systems: with a low fence or where the specificity of the installation requires the panel to be located further away from the controlled entrance, the risk is that the camera does not completely cover the caller, we have a special function that allows the monitor to manually switch the video channel to the indicated camera IP when calling the monitor or during the conversation itself. At any time, it is possible to return to the intercom camera. In case there are many IP cameras in the system, the user can choose which camera the image wants to show. 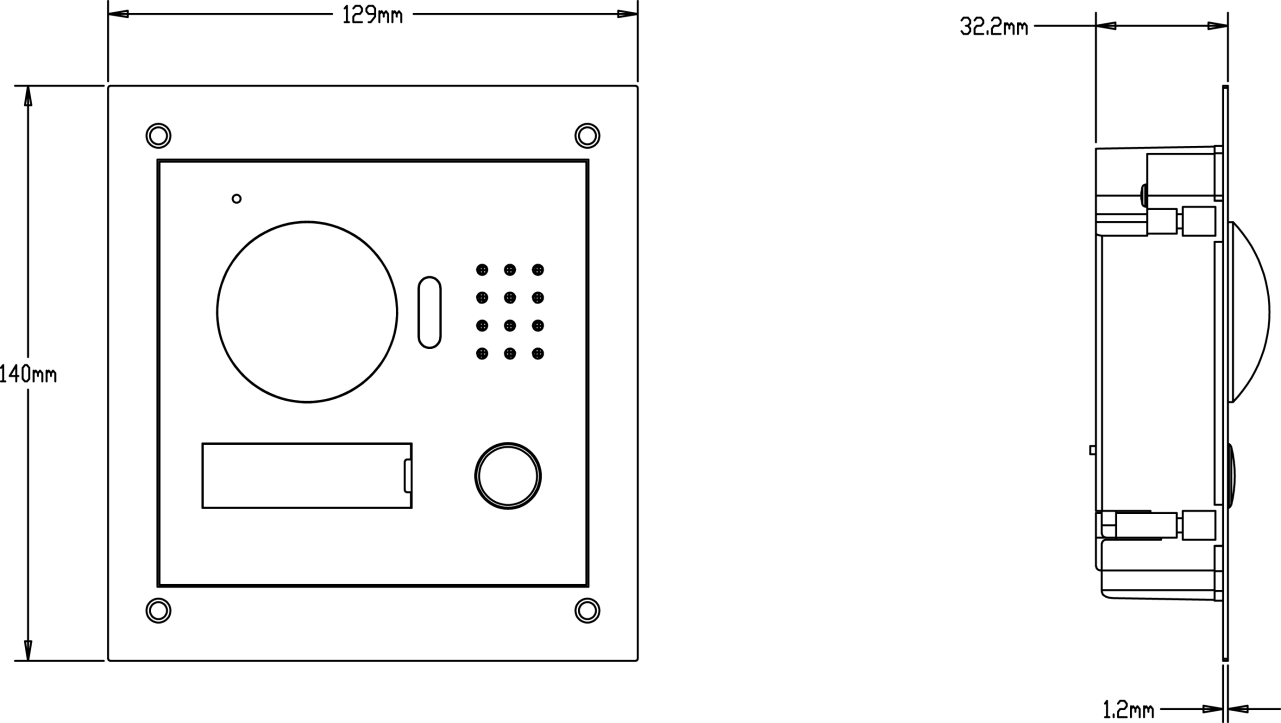